How To Prevent Scorpions In Austin, Texas

Scorpions are not insects but are arachnids. They are close relatives of ticks, mites, and spiders. Scorpions are beneficial because they eat insects and other arachnids. However, they are a nuisance when living around people because they sting. Unless someone is allergic to the venom, the sting hurts but is not dangerous. Still, it is not something you want to have to deal with. 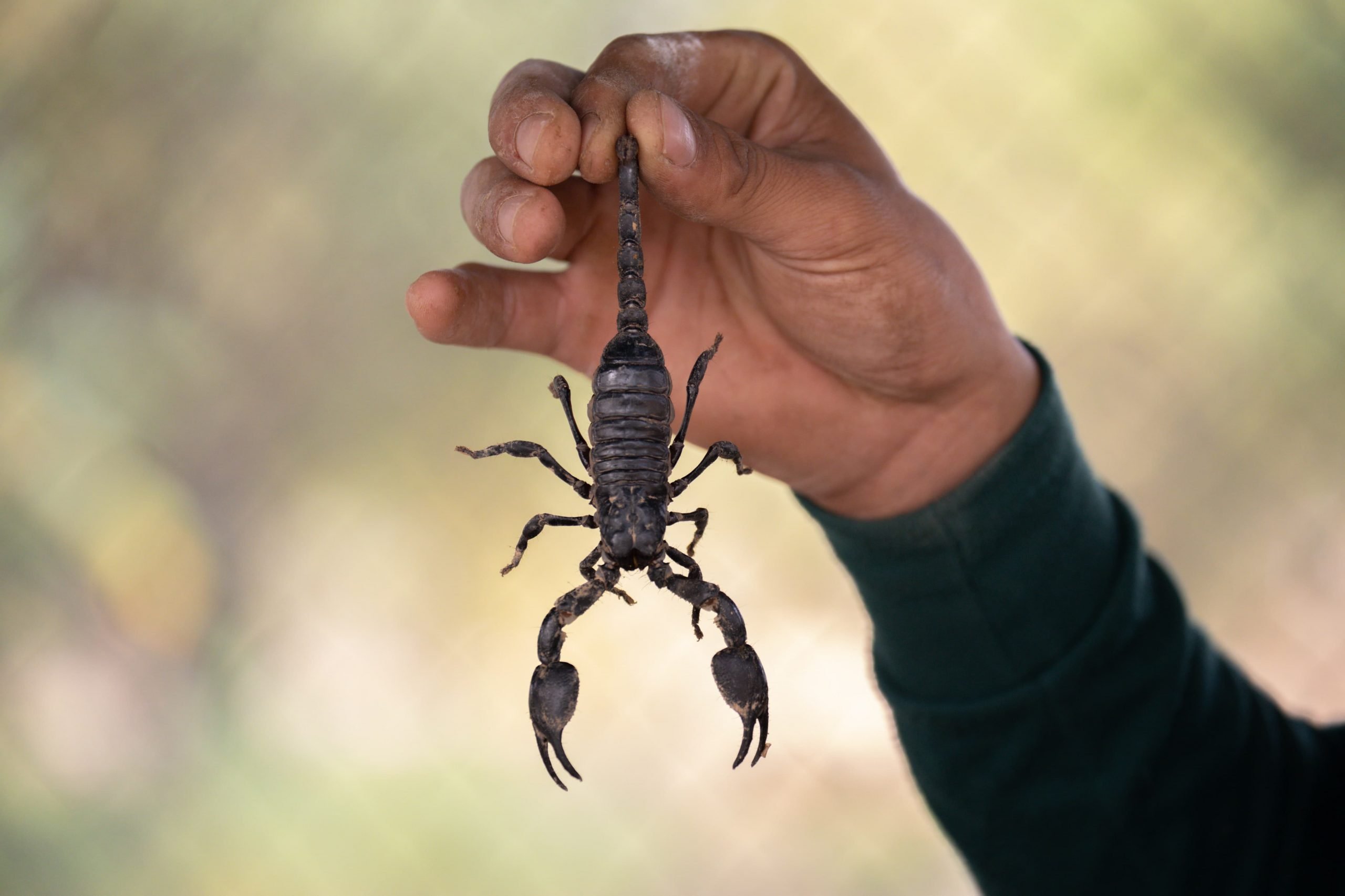 There are 18 species of scorpions in Texas. Only two species, the striped bark scorpion and the Texas cave scorpion cause the most problems for Austin residents. Scorpions are flat, so they can hide under paving stones, lumber, logs, landscaping materials, or rocks during the day and come out to hunt during the night. They are also found among the firewood or in the house. They have pincers called pedipalps on their front and a curved tail ending in a stinger.

Striped bark scorpions are about 2 ½ inches long. They are light tan with two darker stripes running along their bodies. They also have a dark mark above their eyes.

Texas cave scorpions are darker than striped bark scorpions and have thicker pedipalps. They live in caves, grottos, and among limestone outcroppings.

Scorpions engage in a complicated mating ritual that lasts from 24 to 36 hours. The gestation period is 5 months to a year. Baby scorpions are born alive inside thin membranes. Once they free themselves, they climb onto the mother’s back. After two weeks, they start on their own. They reach sexual maturity in about a year.

Scorpions do not like it when it is too hot or cold and may move inside to be more comfortable. Houses in new housing developments often have scorpions because their habitat was destroyed while building the houses, and they have to go somewhere. There are ways to keep scorpions out of your house:

Scorpions are hard to control. Because they are arachnids, insecticides do not affect them. Spreading poison to kill them is difficult because they hide so well. Over-the-counter poisons can also make your family and pets sick if not used exactly as the label directs.

Accurate Termite & Pest Control can eliminate the scorpions in your house. When you contact us, we come out ready to treat the house and remove the scorpions. Our first line of defense is a perimeter spray around the outside of the house that kills scorpions before they get inside. We also offer a dusting of the attic to kill any scorpions up there; we fill stone and brick weep holes with copper mesh and weather-strip doors. After the first treatment, we come out monthly to renew the exterior perimeter spray around your house. If you have trouble with scorpions, call Accurate Termite & Pest Control today to schedule treatment and get rid of your scorpions.