Are You Struggling To Get Rid Of A Scorpion Infestation?

The last thing any Austin resident wants is to slip on their boots, only to be stung by a scorpion. There are thousands of scorpion species worldwide; several types of scorpions live in Texas. Fortunately, none of them are potent enough to cause severe injury or death.

Some of the most common scorpions in Texas include the striped bark scorpion, the Texas cave scorpion, and the Lindo scorpion. Scorpions tend to range in varying tan, brown, or black shades. These arachnids grow up to four inches in length and are easily identified by their segmented tails, barbed stingers, and large pincers. 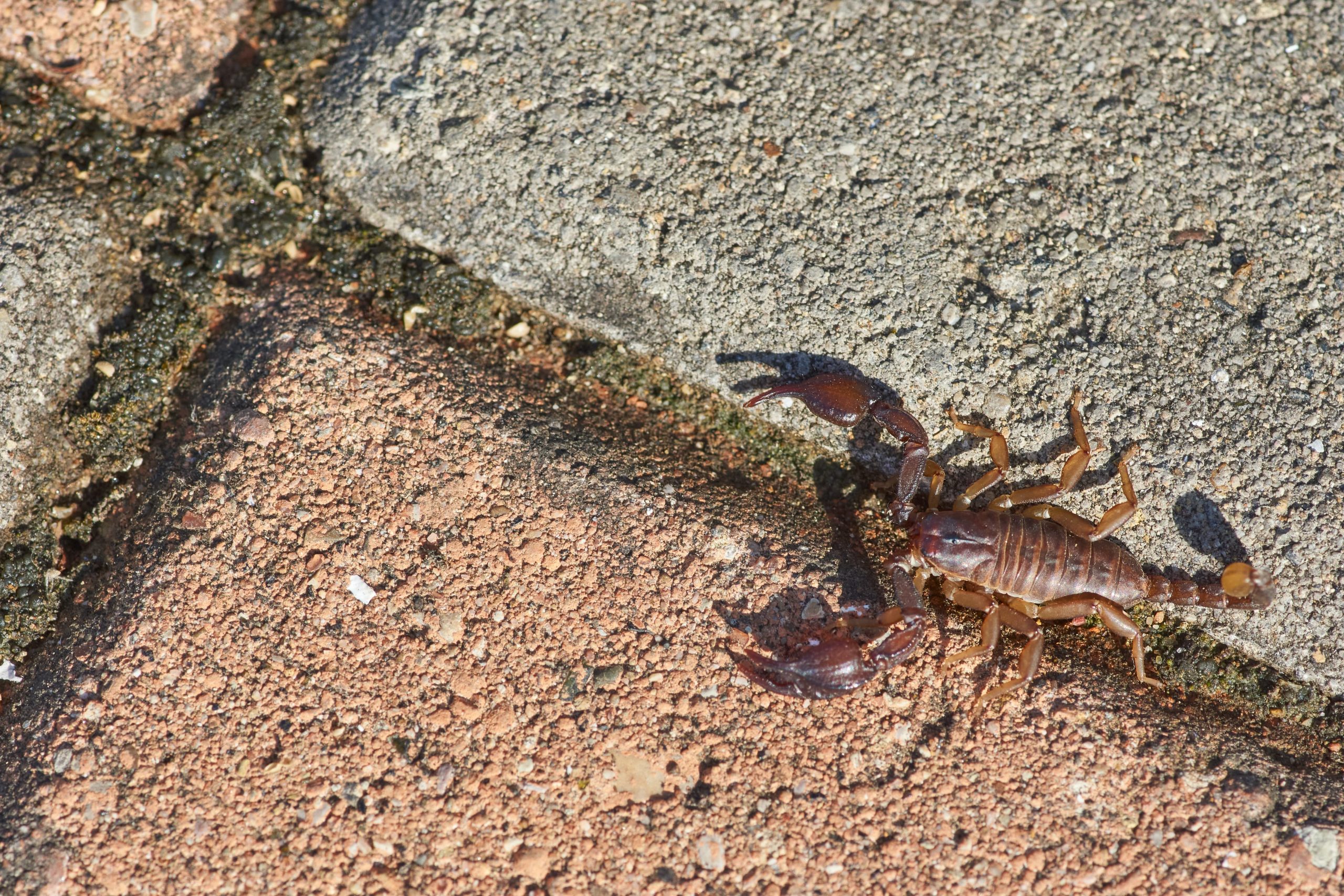 Do Scorpions Make Any Sound?

Scorpions are silent, nocturnal creatures. You likely will not hear a scorpion moving around unless it disturbs something along its way. Some scorpions have been known to produce a hissing sound occasionally, but this is rare.

Scorpions do not create nests. Instead, scorpions prefer to burrow. Most scorpions live in dry, arid places where they can burrow beneath rocks and sand. They hide here during the day to stay cool and emerge at night to hunt. Female scorpions will dig into their burrows to give birth to live young. Once born, the mother will carry her scorpion young on her back until they are strong enough to hunt for themselves and establish their burrow.

Signs Of A Scorpion Infestation

That being said, there are measures that homeowners can put in place to ward off scorpions, such as:

These preventative measures are your first line of defense to stopping scorpions from entering your home.

What Is The Best Way To Get Rid Of Scorpions?

If an active infestation is underway, the safest and most efficient solution is to contact a pest control expert. For reliable pest control in Austin, reach out to Accurate Termite & Pest Control. We have over 20 years of experience serving Austin residents. As certified scorpion specialists, we can safely and quickly evaluate your home’s needs, treat your property’s unique situation, and follow up for ultimate success. For peace of mind, call Accurate Termite & Pest Control today!